“Ecosystem and Relict Cultural Landscape of Lopé-Okanda” has been listed as a world heritage since 2007, and Lope National Park is the main part of the heritage. Untouched nature with a great variety of lives were there. 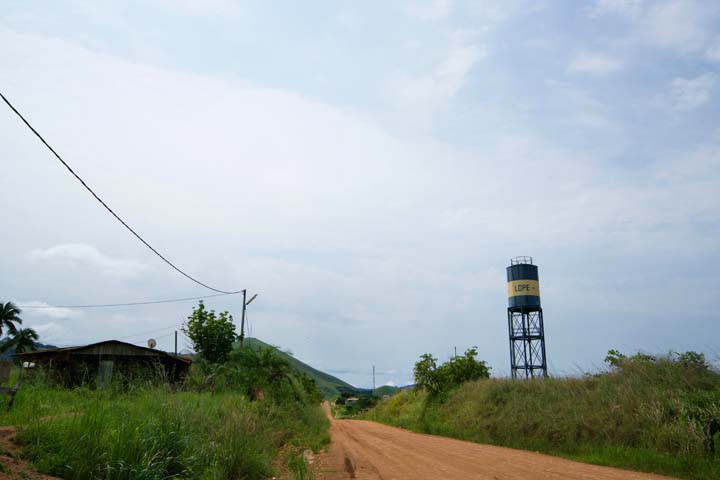 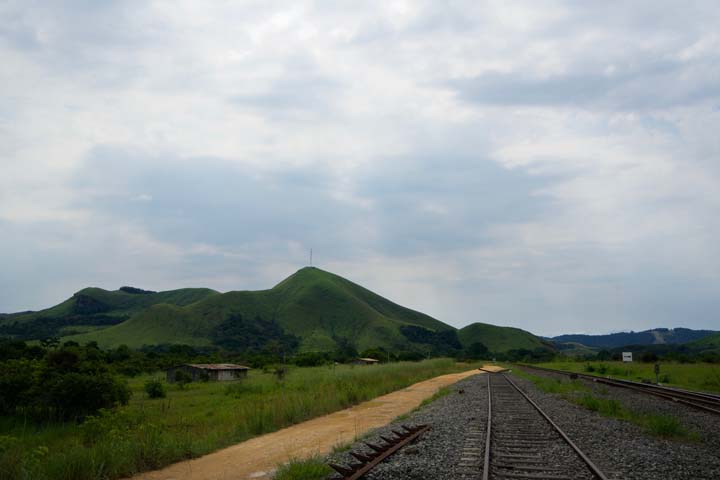 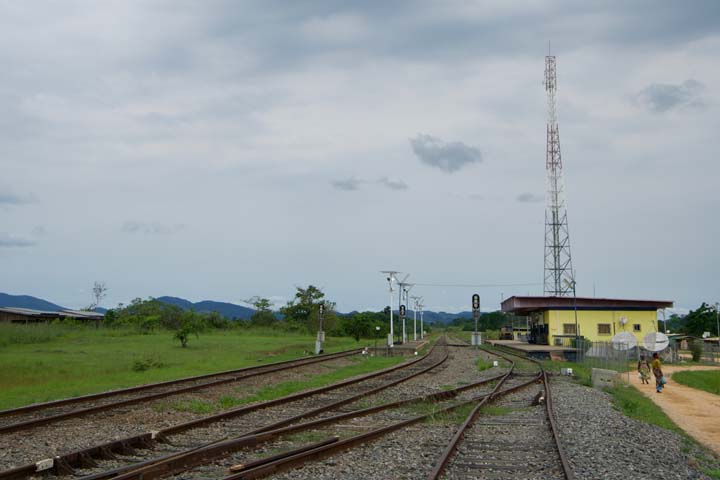 After about 15-minute walk from Lope Hotel Annex, we stopped by Lope station to purchase the train tickets back to Libreville at 1:32am on December 7. Train tickets were available for sale at the ticket counter of the train station, which was located on the back side of the platform. The ticket counter only accepted cash, and the officer at the ticket counter spoke only French with limited English. We suggest bringing a pen and a piece of paper if you do not speak French as drawing is very helpful to avoid getting seats next or close to the toilet.

Then we walked to the Lopé Hotel to reserve the tours, which took another 30 min from the Lope station. Since everything except Lope Hotel was in the south side of Lope station including Lope Hotel Annex, the road from the station to Lope Hotel had nothing but green and beautiful view. On the way, we luckily met our tour guide Remy Nkombe who walked with us to the hotel. At the hotel, we also met General Director of the hotel, Evelyne Doumba. After we booked the 3 tours (4×4 safari today and forest walk and mountain trekking for tomorrow), Remy drove the 4×4 to send us back to the Annex to prepare for the safari at 4pm. On the way he also stopped by a small convenience store behind the train station so we could get some food and drink. We bought 2 cans of food and passion fruit soda, but their prices were higher than the supermarkets in Libreville. We recommend buying enough food and drinks in Libreville before coming to Lope.

During our visit, Remy was the only tour guide at the Park. Thus the options for the time and types of tours were relatively limited. Lope Hotel offered the following three types of tours.

The exact content of a tour varies based on the weather conditions. Mountain trekking is more enjoyable in the morning of a sunny day while 4×4 safari and forest walk still work on a light raining day.

Each tour was 20,000XAF; however, if you had two tours in one day, the price of one activity went down to 15,000XAF. Since we have one and half days in Lope, we took all three tours and paid 50,000XAF per person for the three tours.

According to Evelyne, they usually had a large group of tourists at Lope Hotel and they took tours to Lope National Park as well. However, we were the only guests during our stay because we visited Lope on a Monday and Tuesday. Therefore, all our tours were private tours with no extra fees. Although getting to the national park is not easy, we recommend visiting Lope for cheaper safari tours with a small group of people before it gets more popular.

At 4pm on December 5, Remy came with a driver to pick us up. After 10-minute drive, we passed the gate of the National Park and drove over a narrow wooden bridge. The roads were bumpy while the view was very beautiful. Contrary to the stereo type image of African savannah, Lope was full of deep green and moisture. According to Remy, the park occupies 4970 square kilometer and forest areas had been swallowing savannah areas. Therefore, people put a fire on the savannah to prevent the forest from taking over the savannah during the time between July and September. However, a plant called “fire tree” in the savannah keeps plenty of water in its roots and thus can still survive from the fire. The new leaves of a fire tree are red and turn into green later on. Due to the large areas of the national park, it should have at least 40 rangers but only 15 including Remy at the time we visited.

Remy had such good eyes and pointed out lots of animals, including buffaloes, forest elephants, various kinds of birds, chimpanzees and monkeys. He also offered us to use his telescopes which enhanced our first safari experience. We recommend bringing your own telescope since there were some distances to animals. During the tour, he showed us not only animals but also a nice view like a river. Remy was very knowledgeable and spoke English fluently. 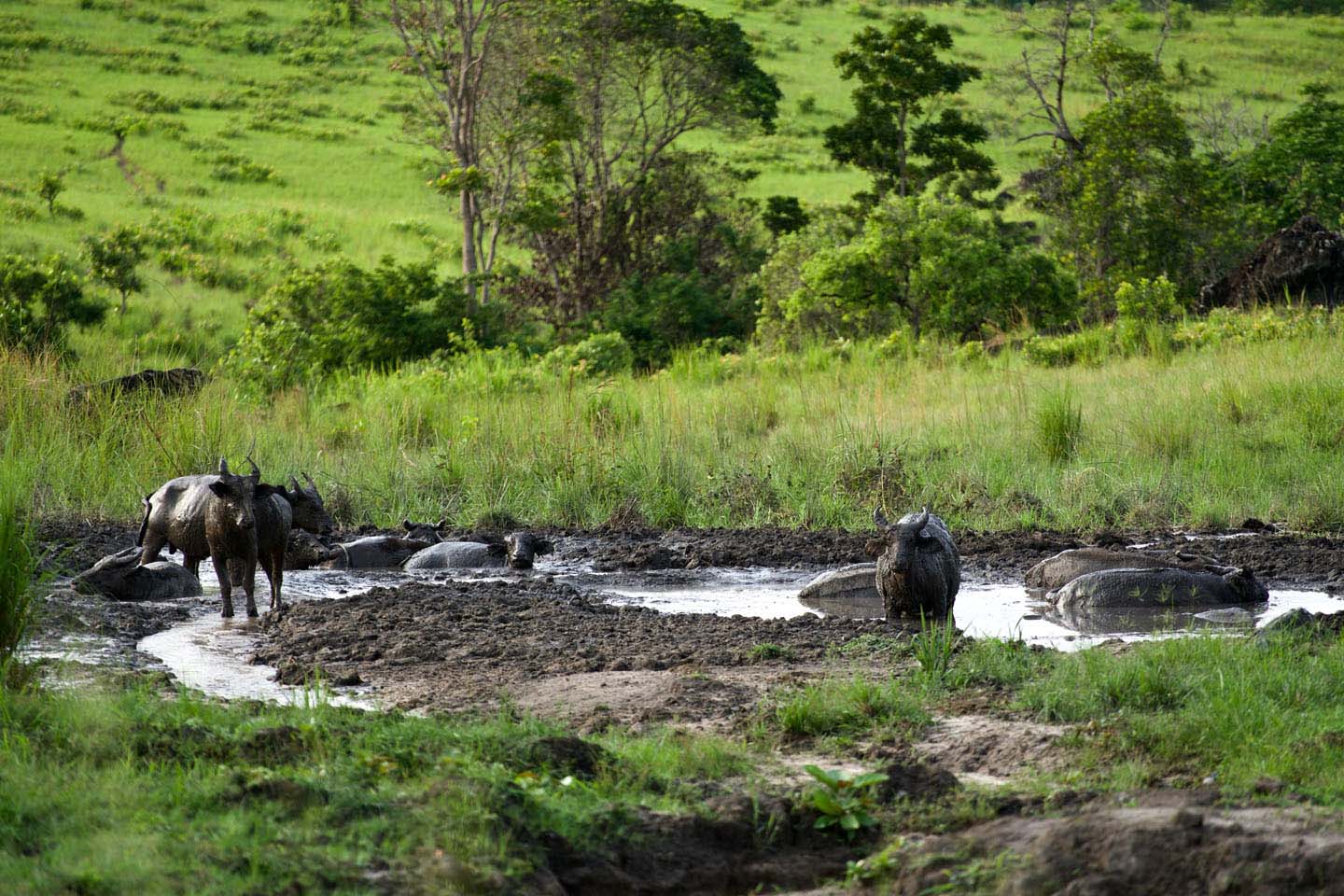 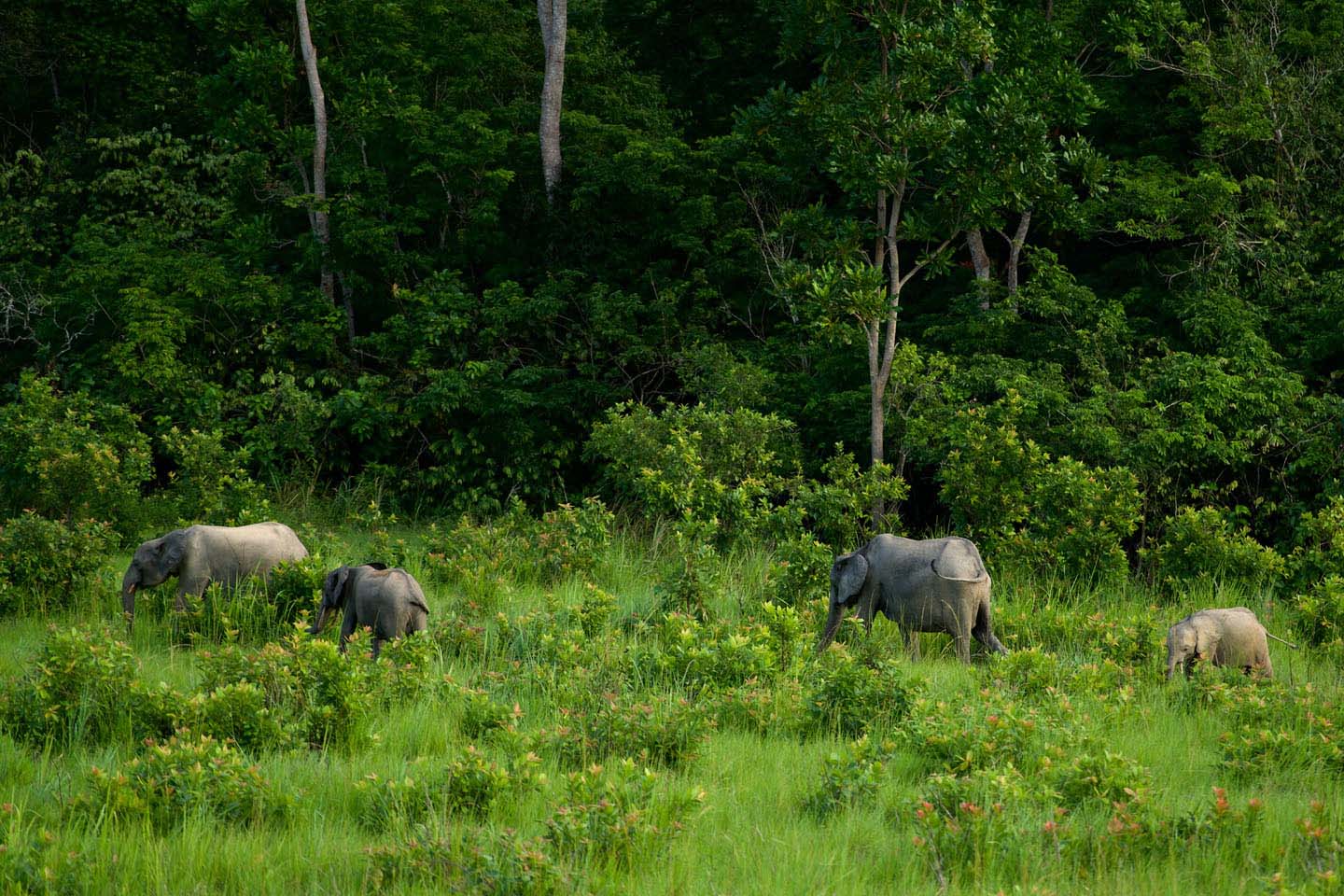 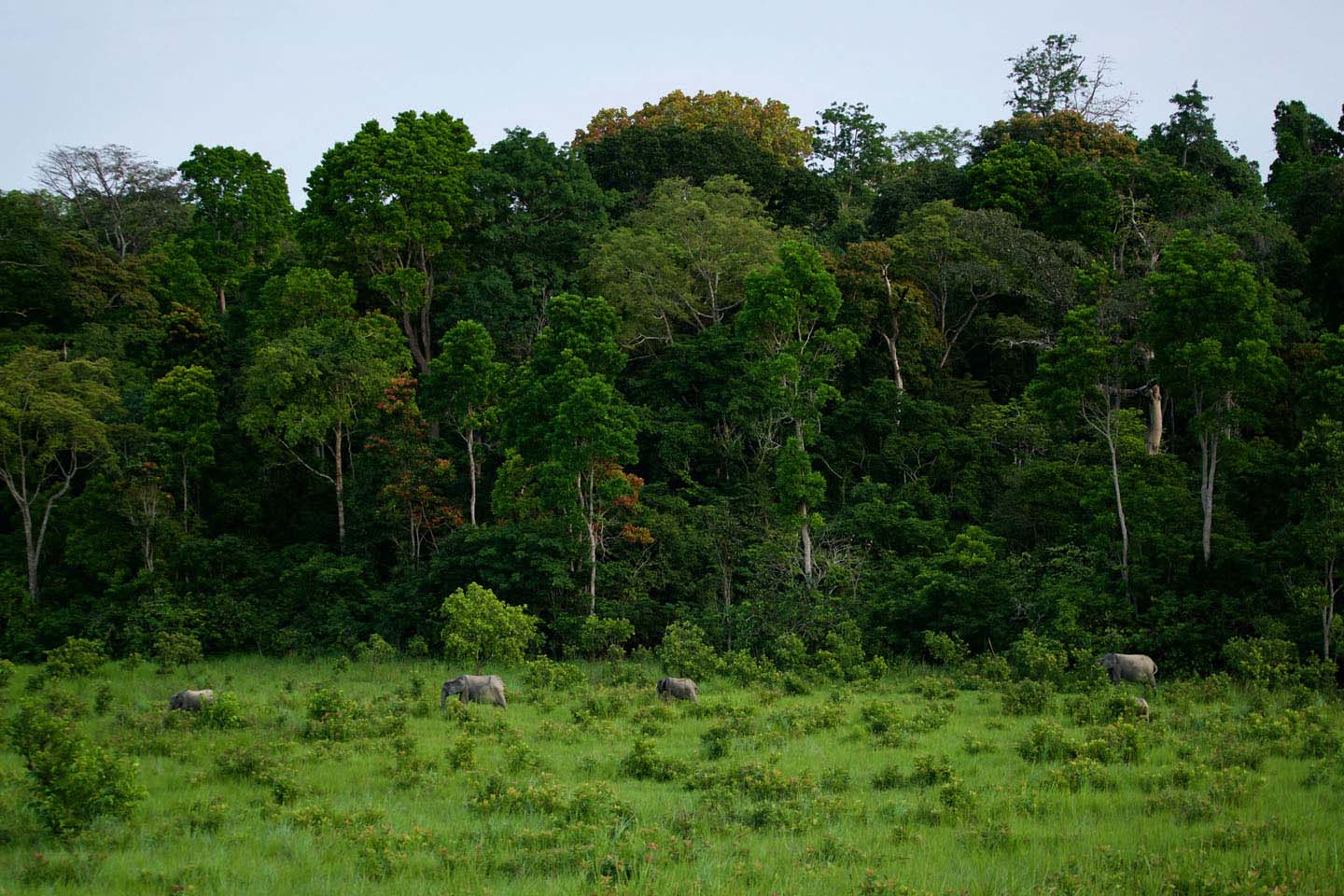 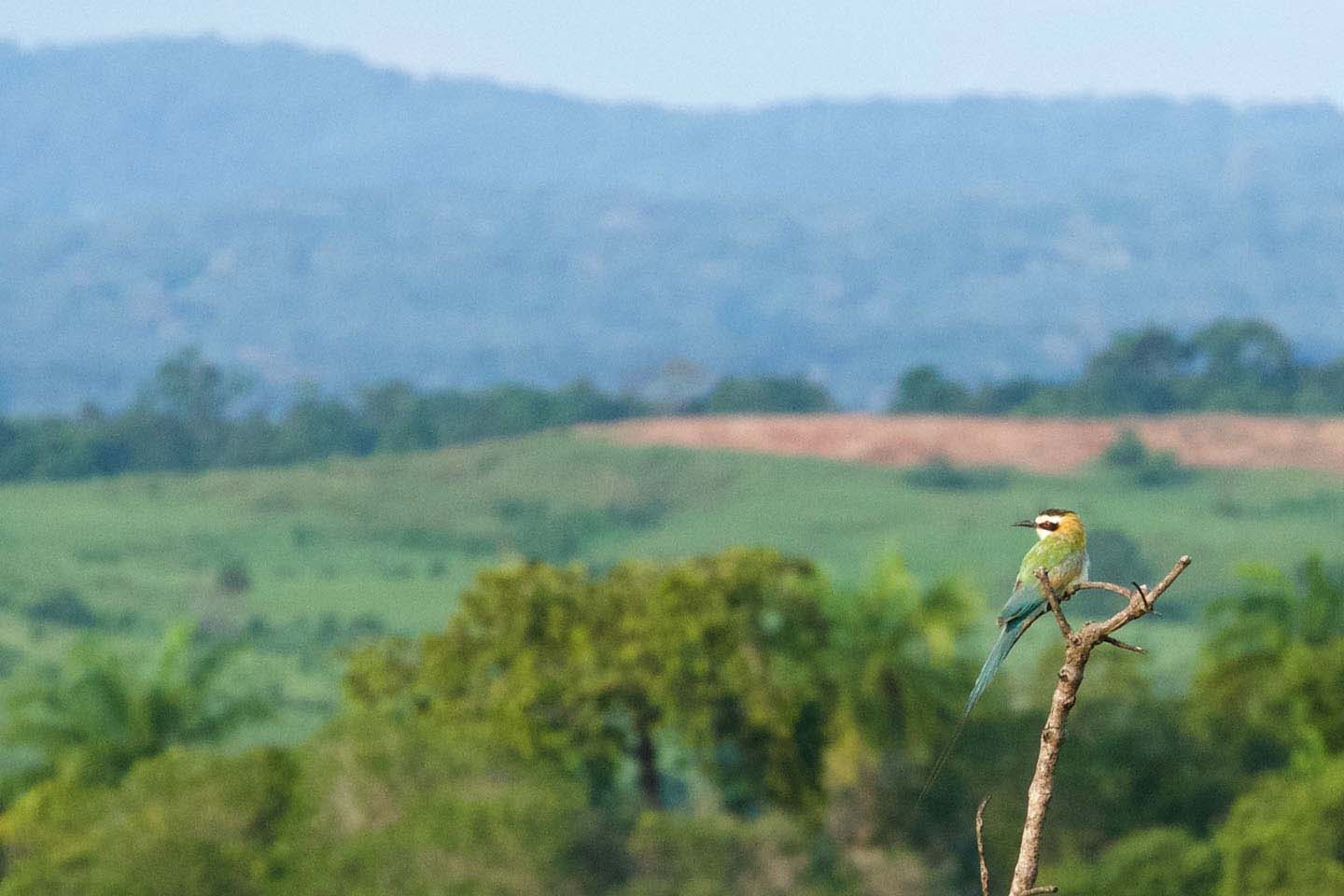 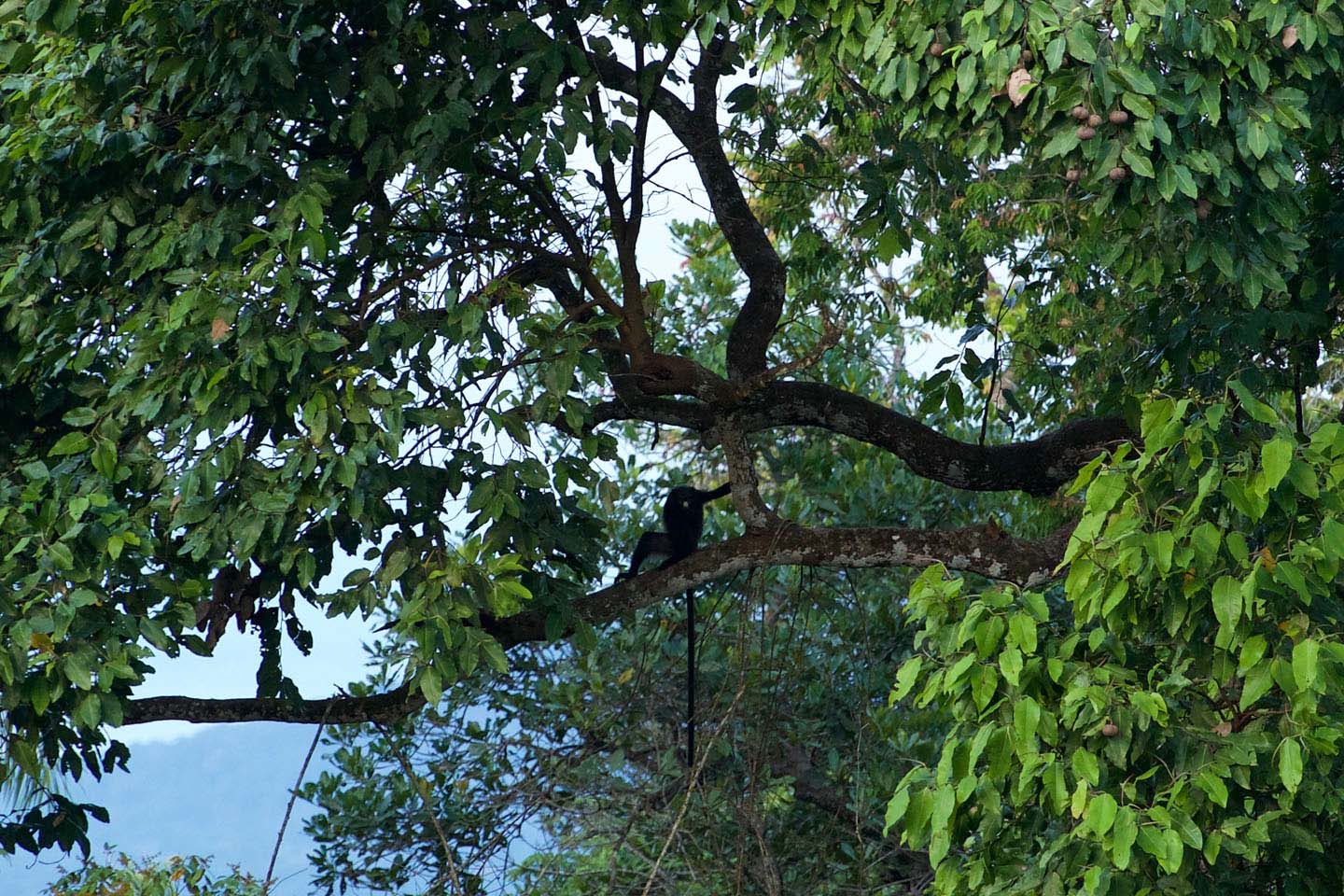 The tour took more than 2 hours until sunset and it was a great experience with lots of beautiful nature scenes and wild animals.

At 7:30am of the following day (December 6), Remy and the same driver came to pick us up to drive into the Park. After 15-minute drive, we followed Remy getting out of the car and walked into the forest. Following the footprints of elephants and buffalos, Remy introduced lots of plants to us in details, including the Fruit of Gabon, different fruits enjoyed by animals and the trees that were used by people as medicine. According to Remy, it is safe to walk in the forest because Lope has a rich spices of plants and herbivores but no carnivores like lions.

There were no specific routes for the walking and thus lots of plants, bushes and branches along the way. Remy walked in the front as a guide and also cut down or pushed a way a few branches that blocked our way, which made our walk easier. In the forest, we enjoyed not only the sight but also the sense of smell and touch in the nature. Also, the air in the forest clearly changed from the savannah because of humidity and smells of green. Although the forest walk did not have sights of animals, it brought more knowledge and live experience of nature in Lope. 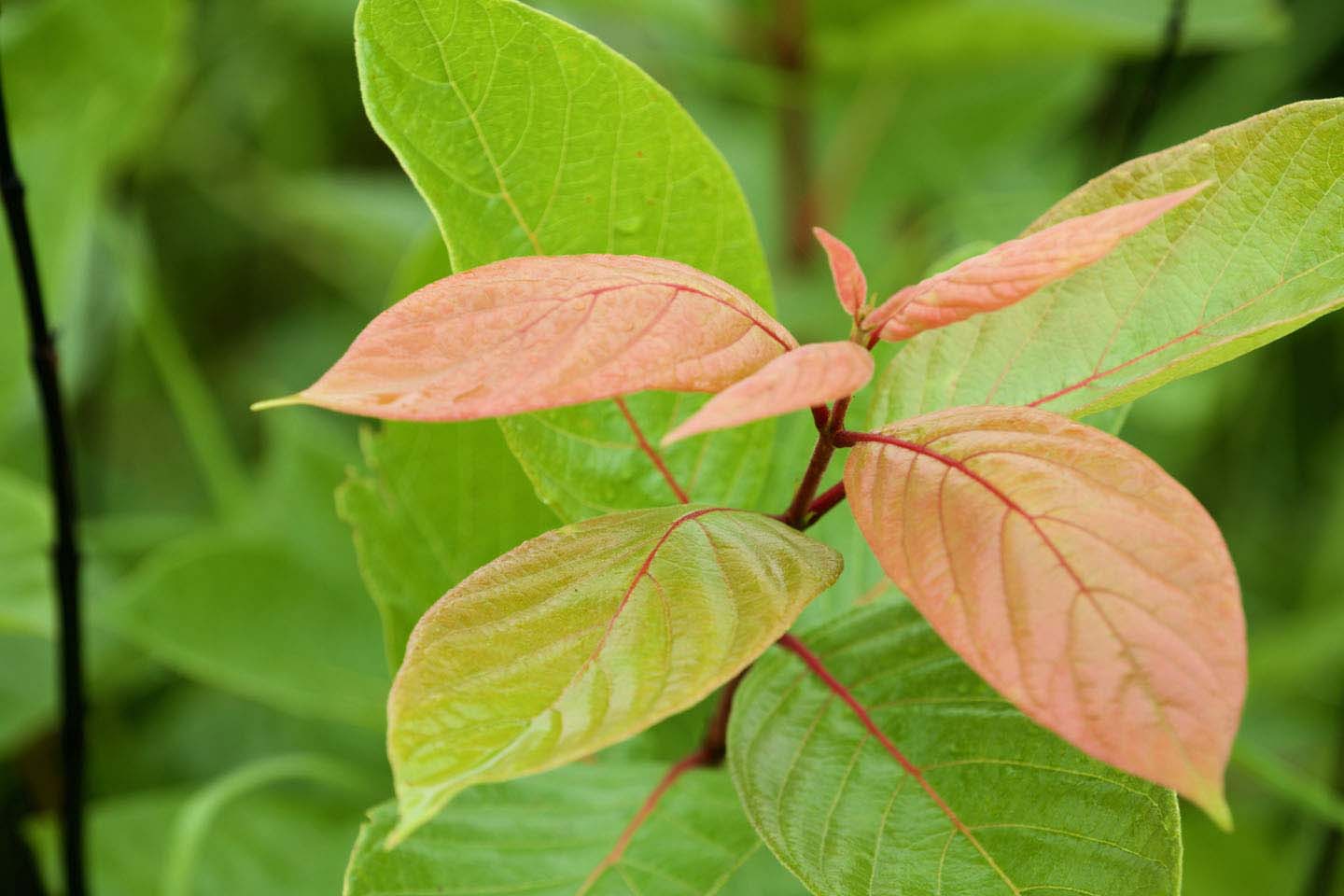 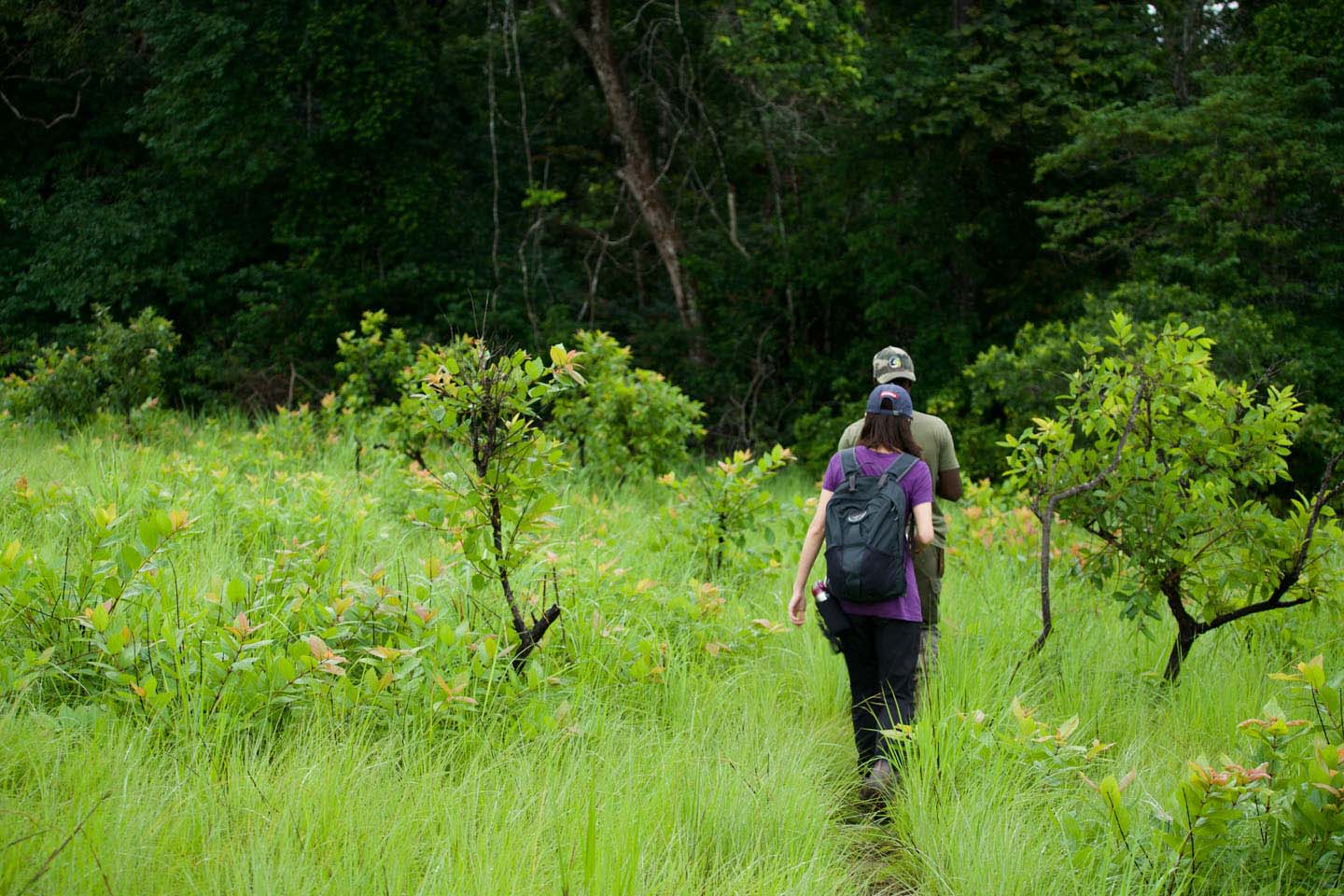 Walking to a forest
Fruit eaten by animal 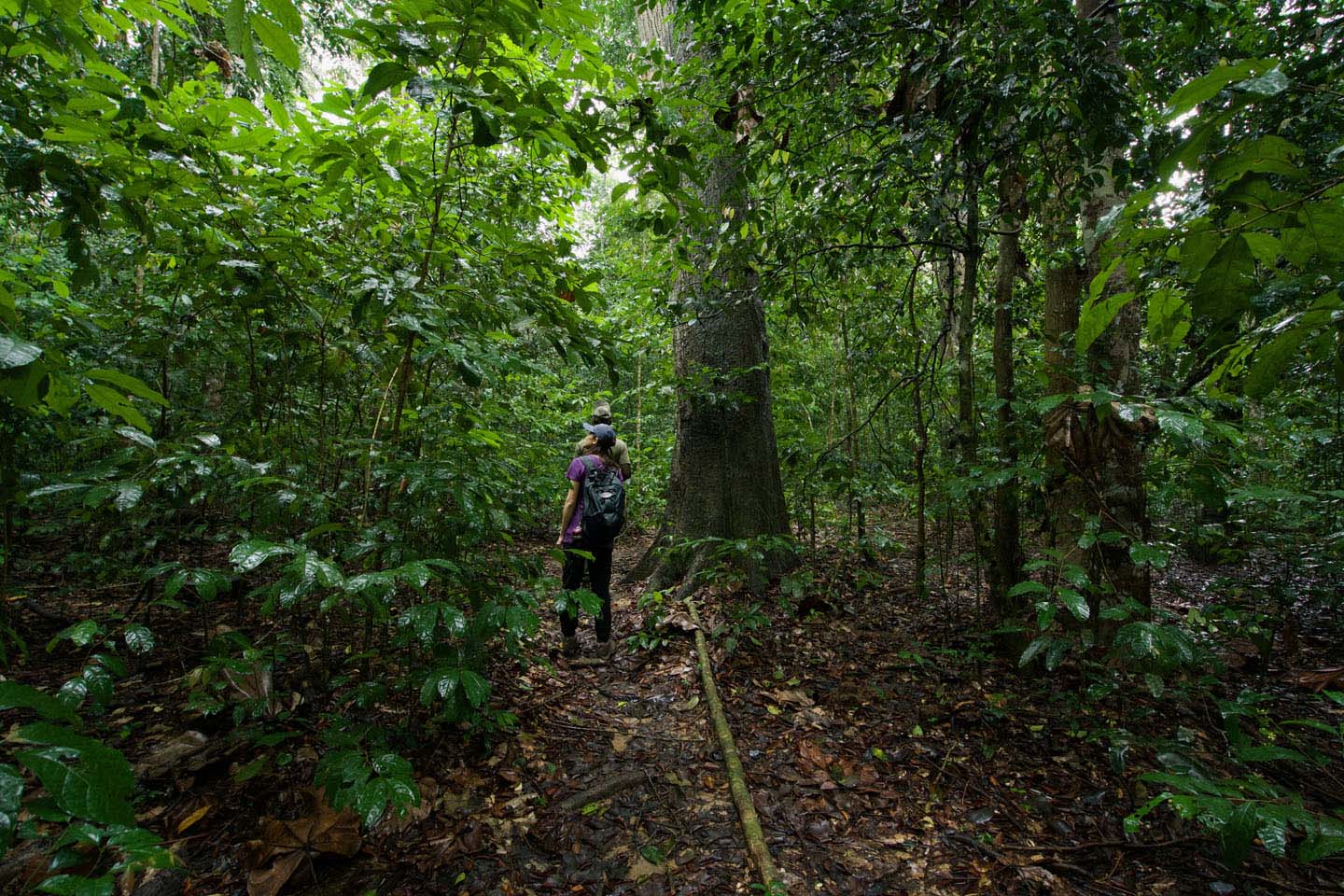 Walking in a forest

At 3pm we headed out with Remy for the mountain trekking. The driver sent us to the trekking entrance. The altitude was only 310m, while part of the route was very narrow. Throughout the way to the peak,  the view was beautiful and we could see the whole village and rivers in Lope area. Due to the large area of Lope National Park, we could not see the entire park even from the peak of the mountain. However, we clearly saw the border between the forest and savannah in Lope National Park. From the peak we also saw the other side of the Park which was amazing. On the way back we saw lots of trees within the mountain valley, and a pair of rare and beautiful blue birds named Touraco Geant flew across the forest. 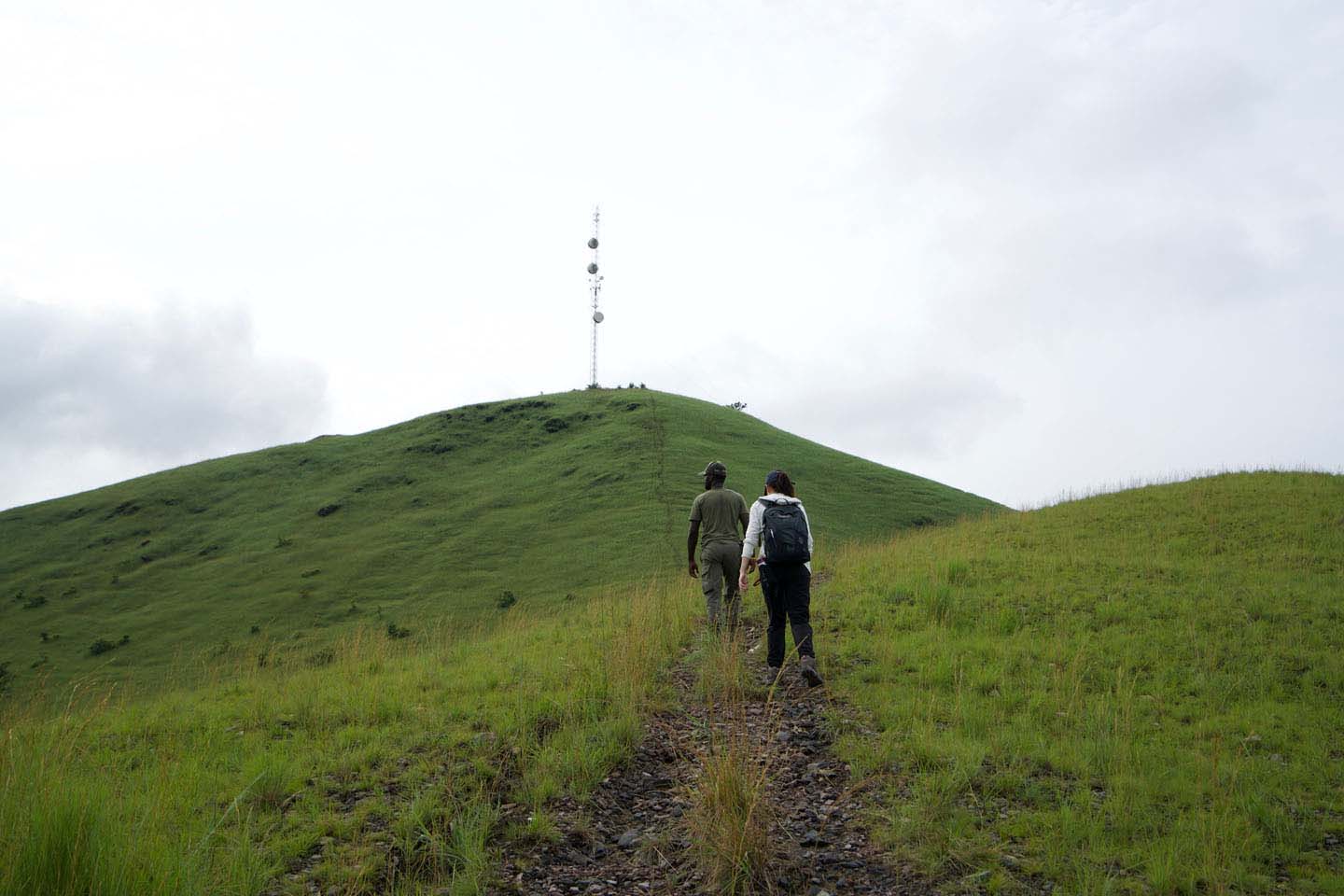 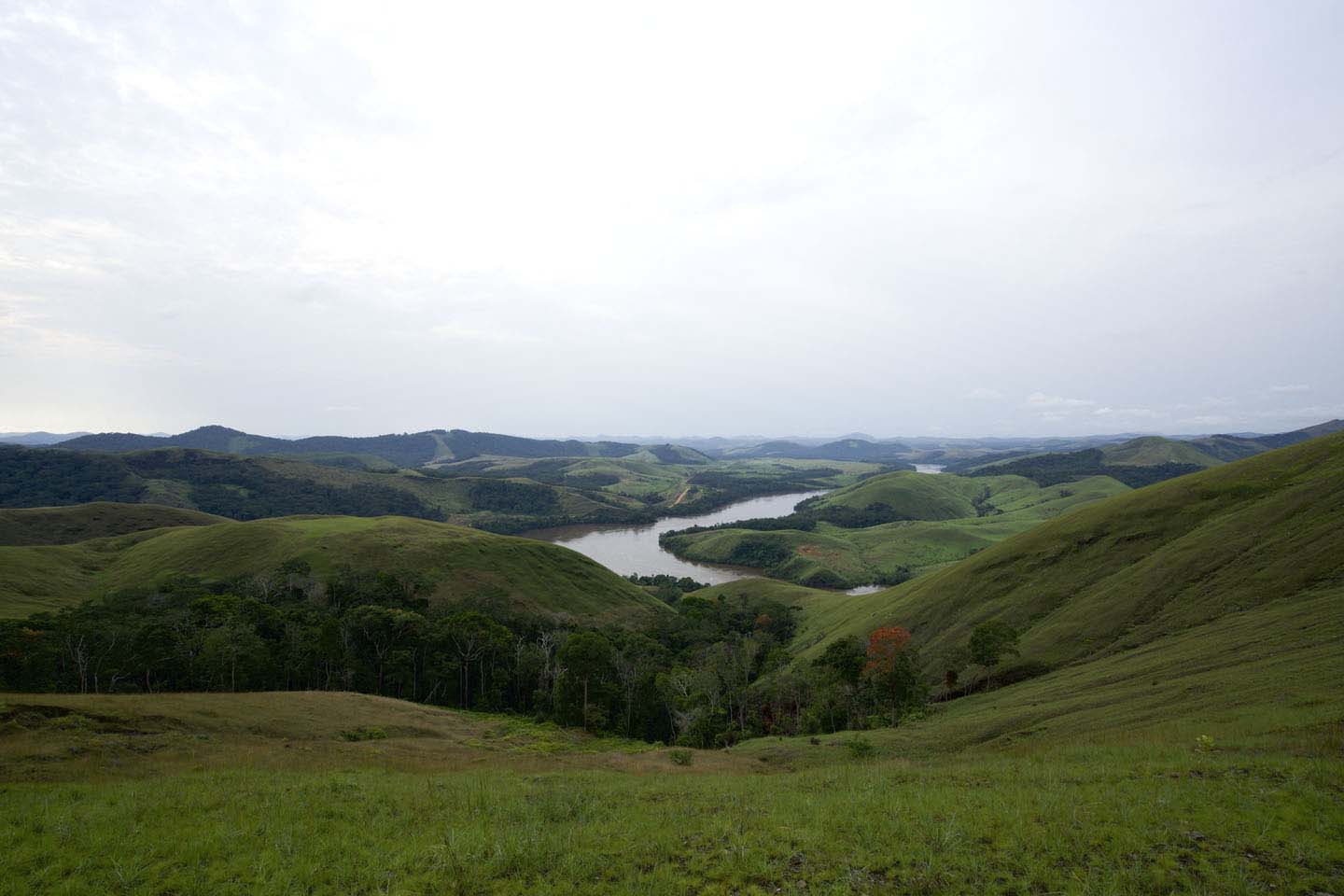 River next to Lopé village 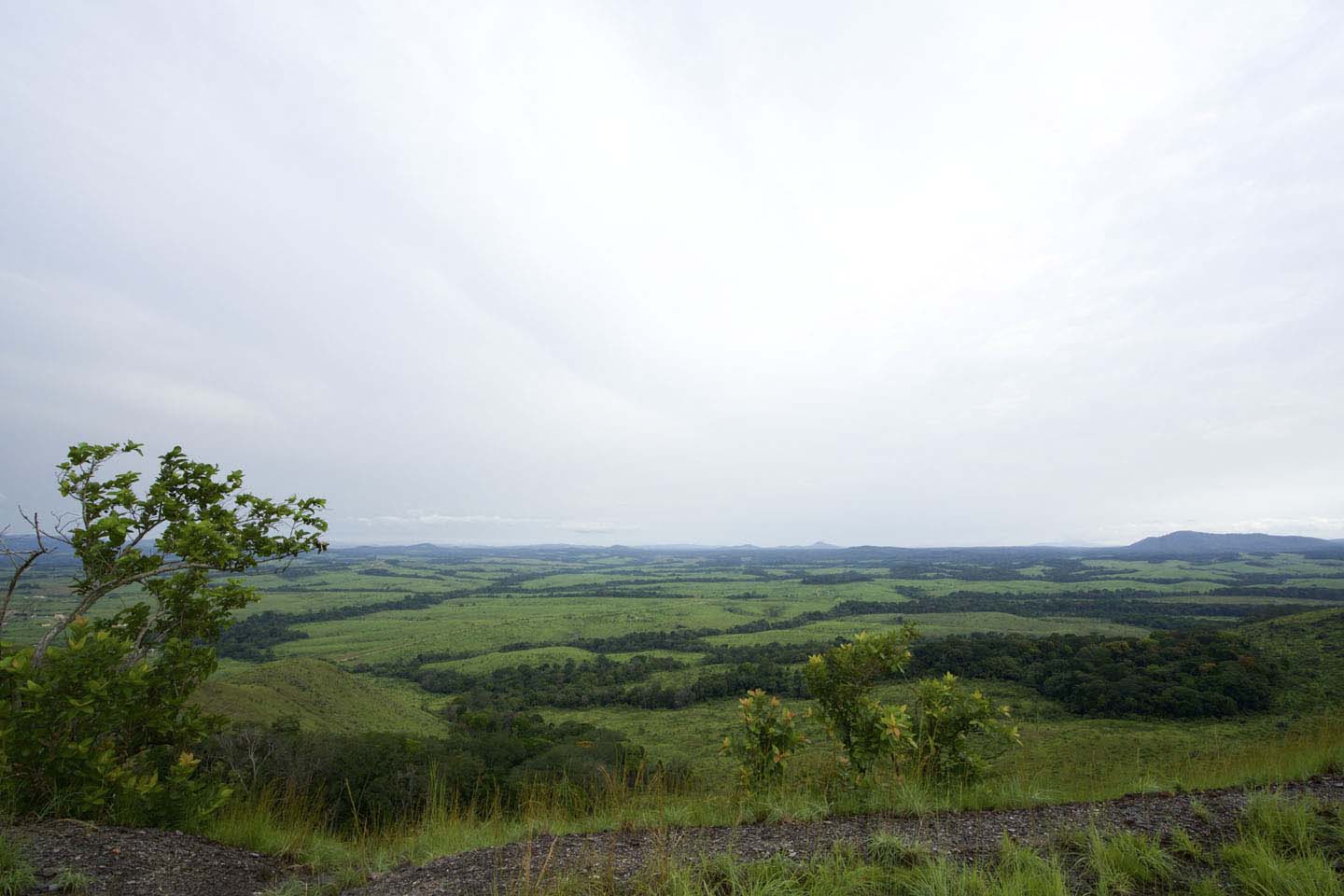 Some parts of the route were very steep and thus hard to climb. Especially when we walked down the steep route, it was little scary. We highly recommend having a pair of non-slip shoes for the mountain trekking and make sure that both of your hands are free on the way.

After the tour, Remy sent us back to Annex to take a break and get some food. As we had checked out the room, we could not take shower. However the Annex manager let us use the faucet outside of the building so we could wipe our bodies before the train ride.

Around midnight, the hotel staff came to pick us up. On the way to train station we saw Remy again so he jumped into the car to send us to the train station together. 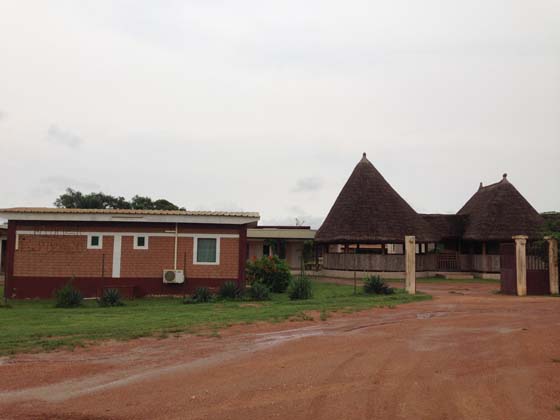 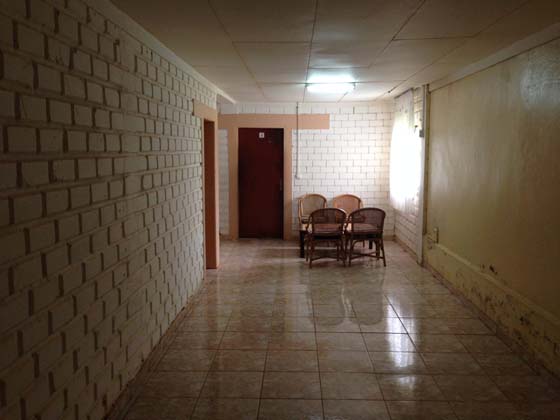 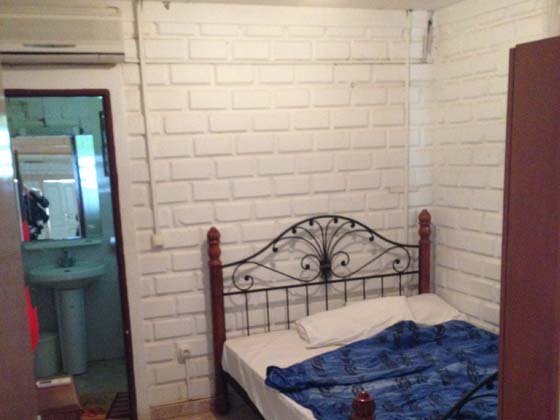 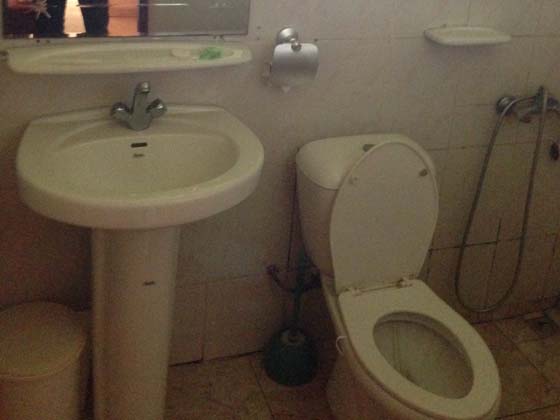 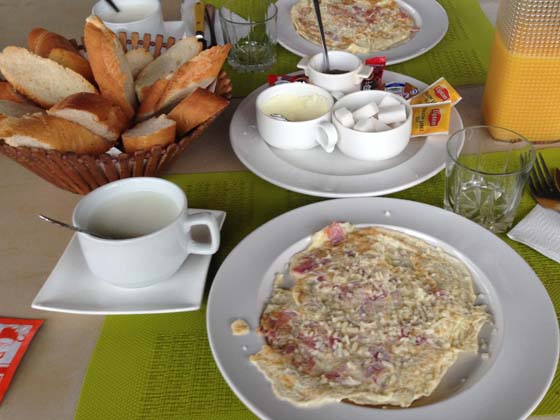 Check-out: 12pm but could be flexible if discussed with hotel manager.

Meal: Not included. A breakfast is served for 6,000XAF per person with advance reservation.

The room was basic but clean, with a double bed, a wardrobe, a small table and a bathroom (no hot water but not really a problem during summer time)and equipped with an air conditioner. We would like to stay again when we go back to Lope.

Evelyne Doumba, General Director of Lope Hotel, speaks English fluently. There is also an office in Libreville. Please use the following links for the hotel website and facebook page.

Please see the previous post, Way to Lope National Park in Gabon, for the detail information of the train.

There are a few small grocery stores in the village, and some of them are located behind the train station. Most items are bread, packaged products, cans, and bottled drinks, which can be stored for long time (no fresh food). Most of the items are imported from Libreville by truck. The stores accept cash only. The store staff speaks French only.

There are a few restaurants on the street outside of the Annex, and most of them light up after dark. The following photo is the restaurant (the closest restaurant from the Annex, east from the Annex) where we had lunch and dinner on the second day in Lopé. Pasta at bottom-right of the picture below was our lunch for 2,000XAF per dish, and chicken rice at bottom-left was our dinner for 1,500XAF (the chicken rice in the photo was for two).

Even though the restaurant had a menu, not all the items listed were always available. We asked them what they had and ordered whatever they had. Although the selections were limited, the taste of the food was great. The lady at the restaurant spoke only French but was really nice and tried to be a friend with us. 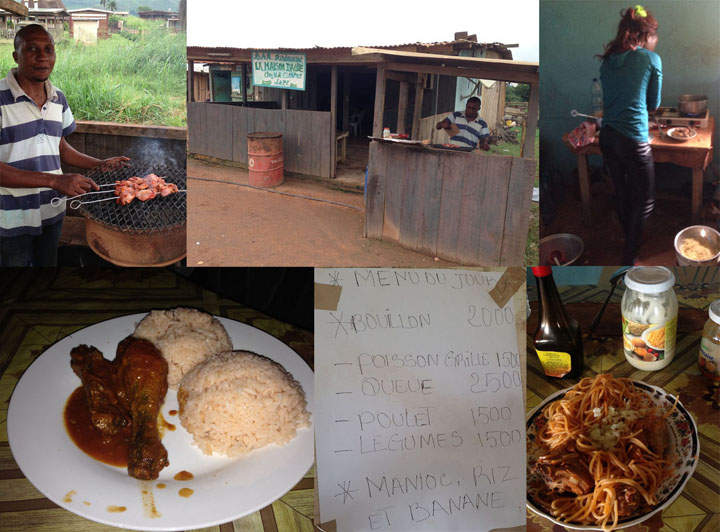 There are the three greatest water falls in the world: Niagara, Iguazu, and Victoria. We had visited Niagara previously ...
2016.12.12
Home
All Trips
2016 Dec: RTW Trip