Due to the long bus ride the day before, we decided to take it slow for these few days in Tana. In the morning on December 29, we went to La Ruche for breakfast. Then we took a short break at the hostel to look up some travel information for our next destinations. In the afternoon, we went to the holiday fair near La Ruche to try the local noodle Mine – Sao. It was pretty tasty so we went back to the fair for dinner again. We also met a guy who spoke English and introduced the various kinds of juice to us. 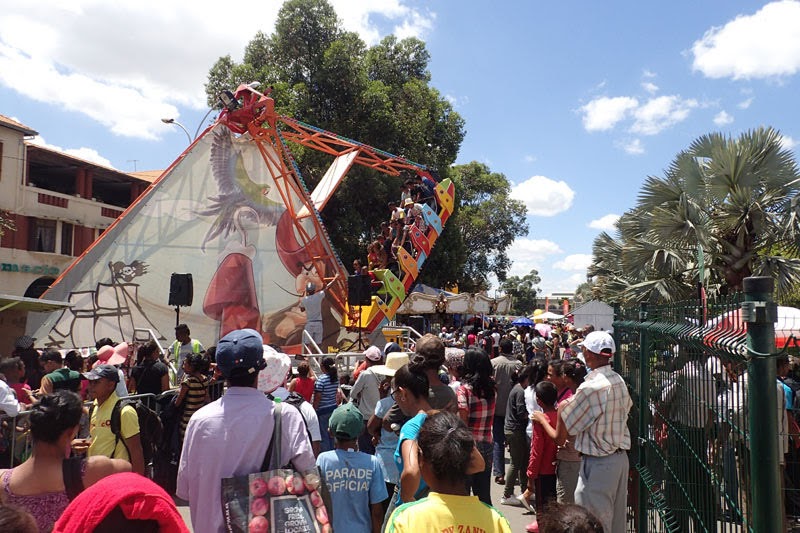 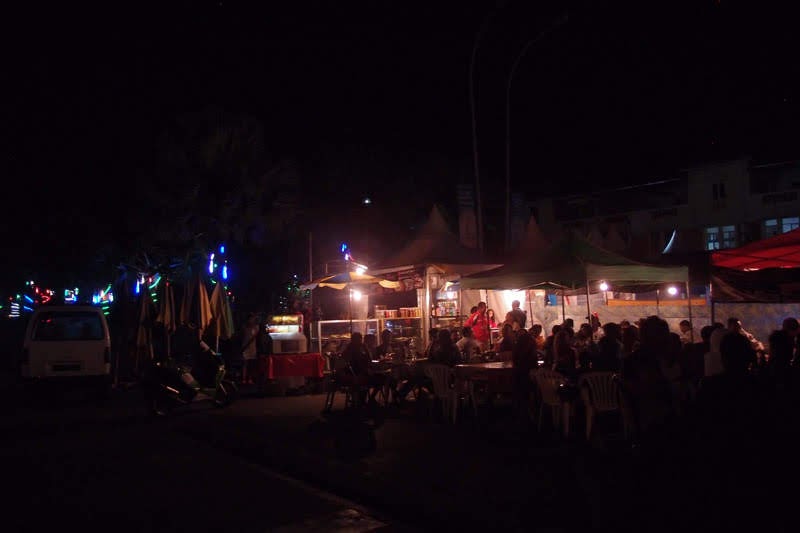 On December 30, we woke up around 7am, booked the flight to Tanzania and went to La Ruche again for breakfast. Since we came every morning, other than desserts we pretty much tried all the food at this point. 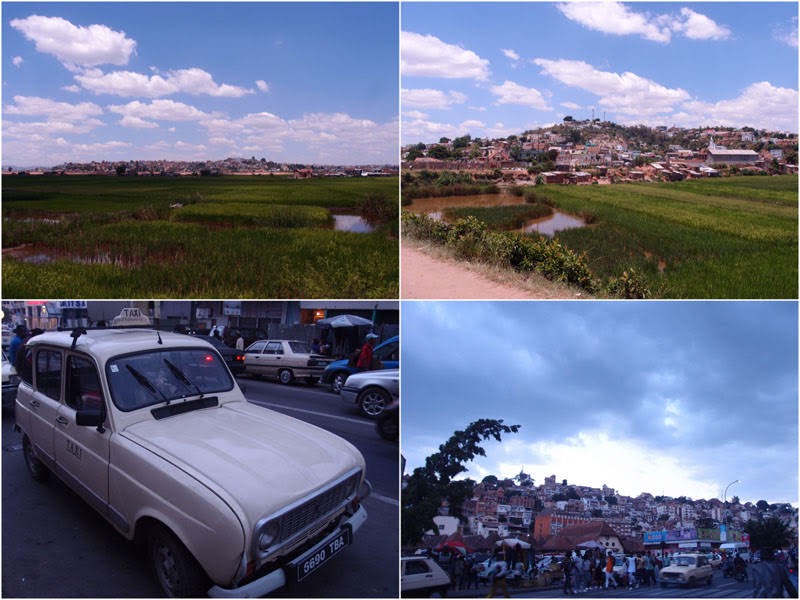 The streets were busy as usual. We spent some time organizing our pictures and went to Sky Bar for lunch. On the way back we bought pastry and ice cream from a cafe Lakozia. We also stopped by the shop at the Shell gas station to share a bottle of pomegranate soda. Before dinner, we walked up the hills from Madagascar Underground hostel and took the stairs to the park with a Japanese guy we met at the hostel, as he wanted to find a street vendor who could make customized stamps of faces. When we walked down the slope from the park, we did see a few stamp vendors but not for customized. For dinner, we went to CZone, a Thai restaurant.

On December 31, we went to Lakozia for breakfast and went back to the hostel to  look up some information about Kilimanjaro in Tanzania. Then we headed to the airport in the afternoon. 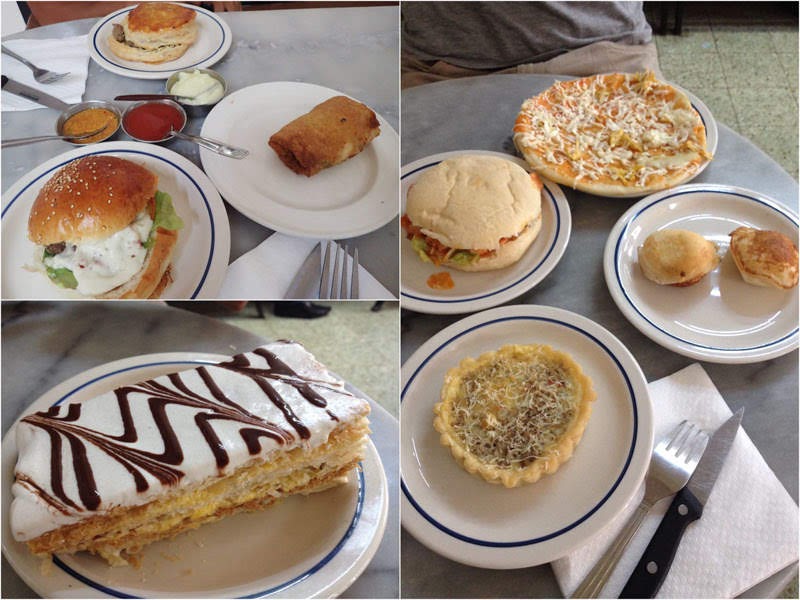 We had pastry and dessert for 11,900 MGA for one day and 8,700 MGA for the other day.
Refer to Antananarivo, Madagascar I for further details about La Ruche. 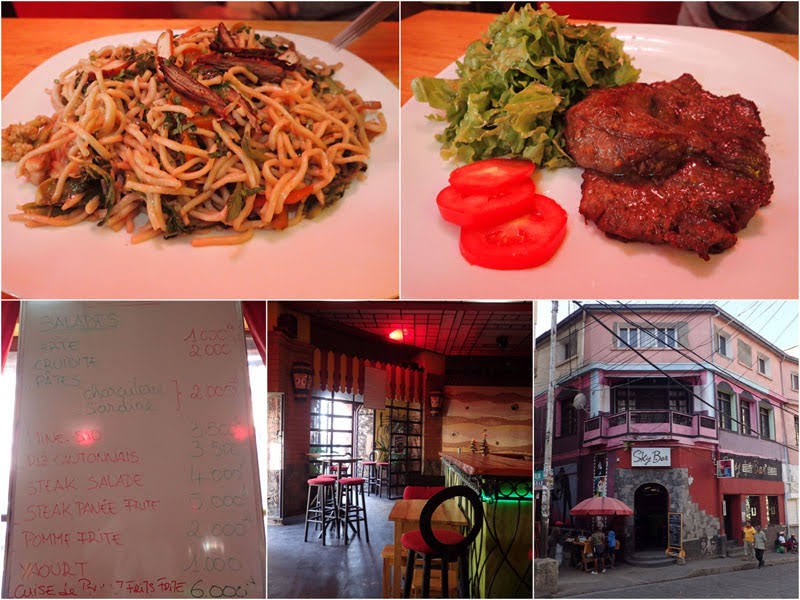 It was located on the same street with SAKAMANGA, about 10-minute walk from Madagascar Underground hostel. There were a bar and a few tables, surrounded by red painted walls. We ordered Mine-Sao and steak salad for 11,500 MGA, both were really delicious. 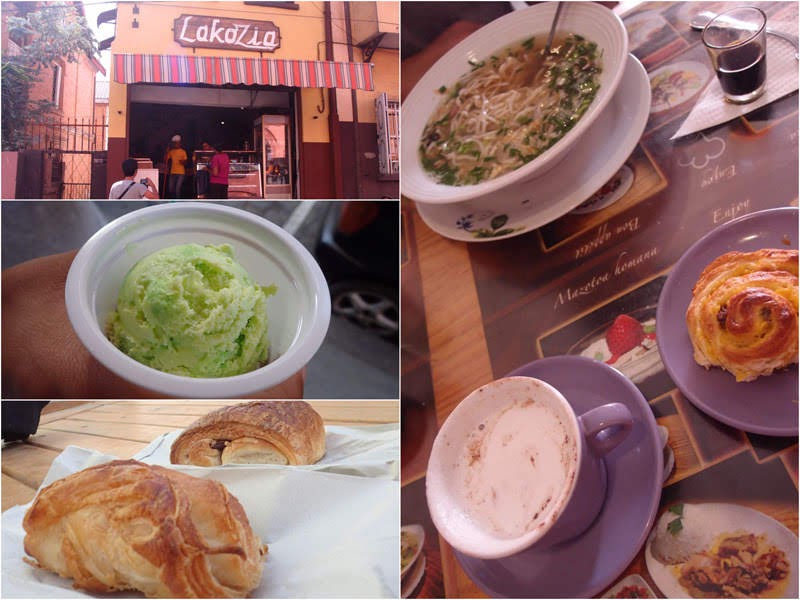 It was on the same street with SAKAMANGA, about 10-minute walk from Madagascar Underground hostel. First we had pastry and ice cream as snacks and then went back for breakfast the next day. The pastry was normal, a bit dry, while the lime ice cream was really good, totally 3,700 MGA. For breakfast, we ordered raisin bread, hot chocolate and noodle soup, totaled 6,200 MGA. We also had lime and coconut ice cream, 2,000 MGA in total, and both were very good. The staff was friendly and recommended tamarind (made from fruits from a kind of tree indigenous to tropical Africa) flavor to us. It was not bad but a bit too sour for us.

It was at the end of the street where SAKAGUNA located, about 15-minute walk from Madagascar Underground hostel. We ordered 2 dishes for 27,000 MGA. The taste was okay but a good opportunity to grab some vegetables.

Street vendors at the holiday fair 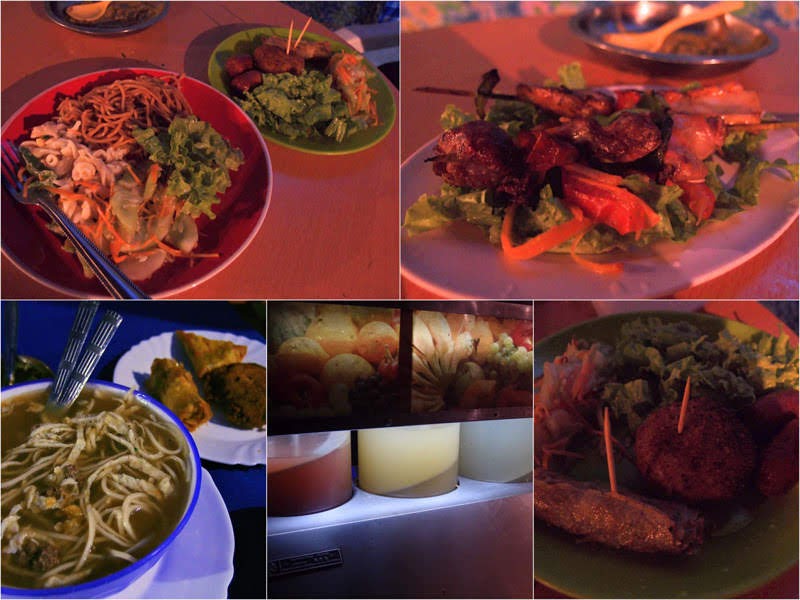 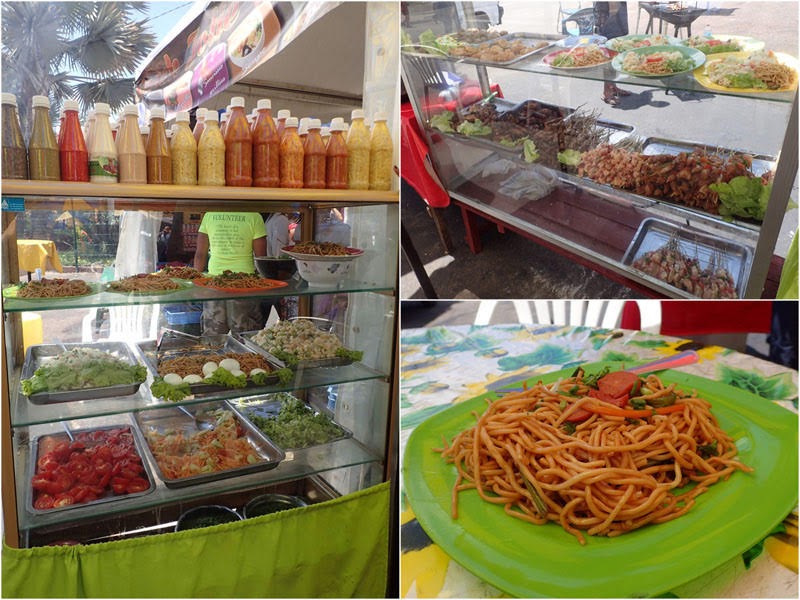 We ordered a Mine-Sao for 2,000 MGA. Later we went back for dinner, including noodle soup, fried food, chicken skews and salad, for 8,100 MGA. All these local dishes were really good. We also bought a cup of passion fruit juice for 1,000 MGA after dinner. The vendor was very generous, giving us one to try which was almost one full cup.
There were a good amount of food street vendors at the fair. Other than local food, there were also some pasta and pizzas but relatively expensive. 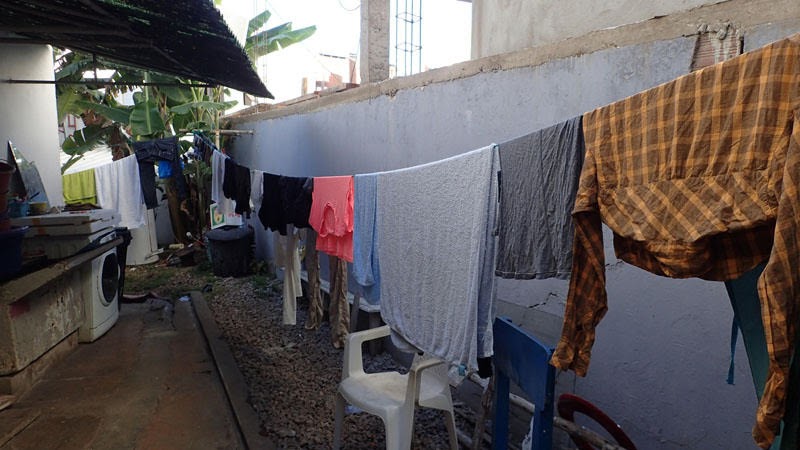 Refer to Antananarivo, Madagascar I for further details.