Back to Dar es Salaam

On January 11, to ensure to catch the Kilimanjaro Express long-distance bus at 6:30am, we left Arusha Backpackers Hostel in the dark by taxi which was arranged by the hostel per our request. The hostel also prepared toast with jam and watermelon for us as breakfast.

When we were in Arusha the day before, it was very early morning (before the Ngorongoro tour) and evening (after the tour) so we did not see much of Arusha. When we left from the hostel, we noted a gym at the top floor of a building across the street. The streets seemed quiet and peaceful, very different from the night when the streets were full of crowds.

It was still dark when we arrived at the bus terminal but lots of people were waiting for departure already. The ticket office was open and there were some staff checking the tickets for passengers and answering questions. The sky got brighter and we started seeing some students walking to schools.

We hit some traffics before getting on the highway. The bus stopped at the same rest stop when we went from Dar es Salaam to Moshi, but there were much less people this time. The bus ran much slower than when we went to Moshi so it was already 8pm when we got back to Dar es Salaam.

There were a good amount of taxis and motorized tricycles at the bus terminal trying to get passengers. Some drivers were relatively aggressive so just be aware when negotiating the price. We spoke to one of the taxi drivers, checked his car to ensure it was registered, and agreed on the price before we got into the car to head to our hotel for the night.

We planned to try a local restaurant right next to the hotel but it was already closed when we arrived so we just grabbed some food from the restaurant in the hotel.

We had an early bus to catch in the morning and the receptionist recommended us to take a taxi, which was then arranged by the hostel. 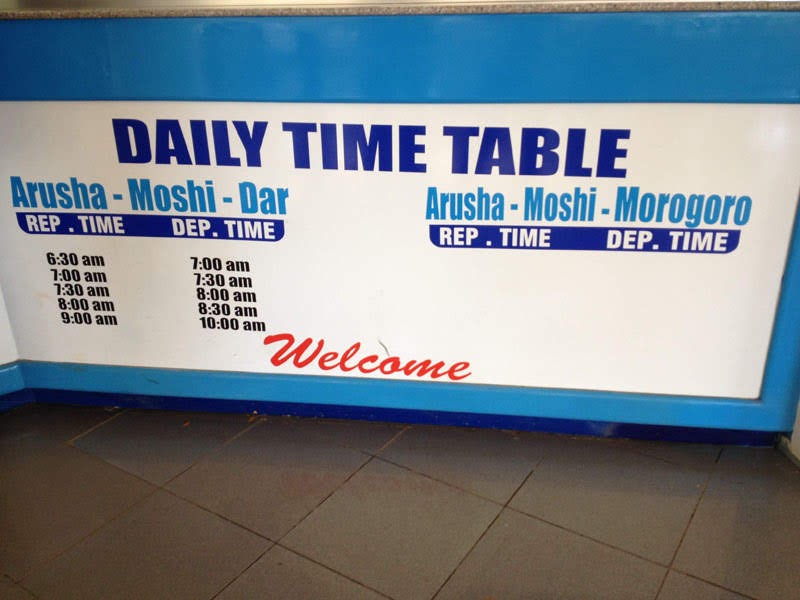 Ride time: about 13 hours, including lunch break at the rest stop

Since our time at Arusha was very limited, we purchased the bus ticket when we were still in Moshi. The ticket office was at the bus drop-off point in Moshi when we took the bus from Dar es Salaam. 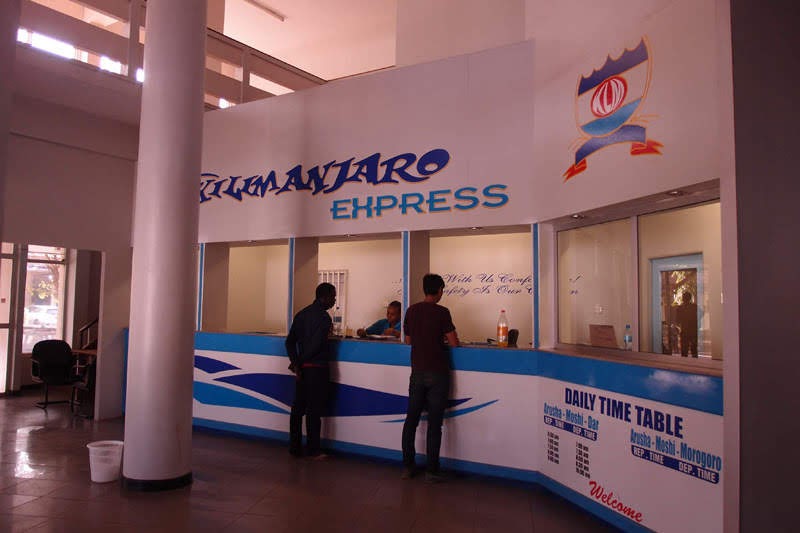 The bus made a brief stop at Moshi and some vendors came to the bus to sell water and snacks through the windows. During the ride a small snack was provided for free. 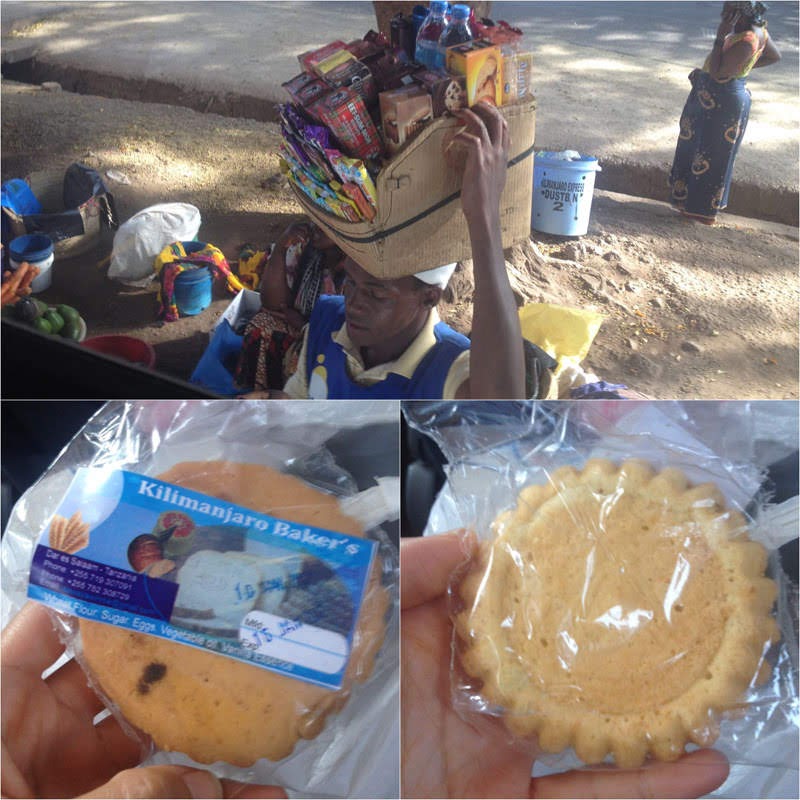 For further details about the bus ride and rest stop, refer to post Moving to Moshi (Kilimanjaro), Tanzania.

There were a good amount of taxis and motorized tricycles at the bus terminal trying to get passengers. Some drivers were relatively aggressive so just be aware when negotiating the price. Refer to post  Moving to Moshi (Kilimanjaro), Tanzania for further information about taxis in Tanzania. 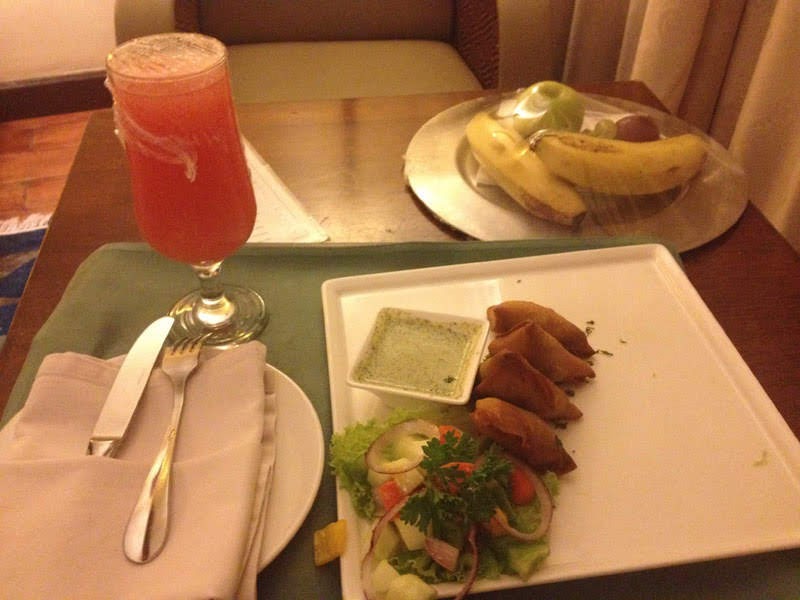 Lunch at the rest stop of Kilimanjaro Express

This was the same rest stop when we went from Dar es Salaam to Moshi. Refer to Moving to Moshi (Kilimanjaro), Tanzania for further details. 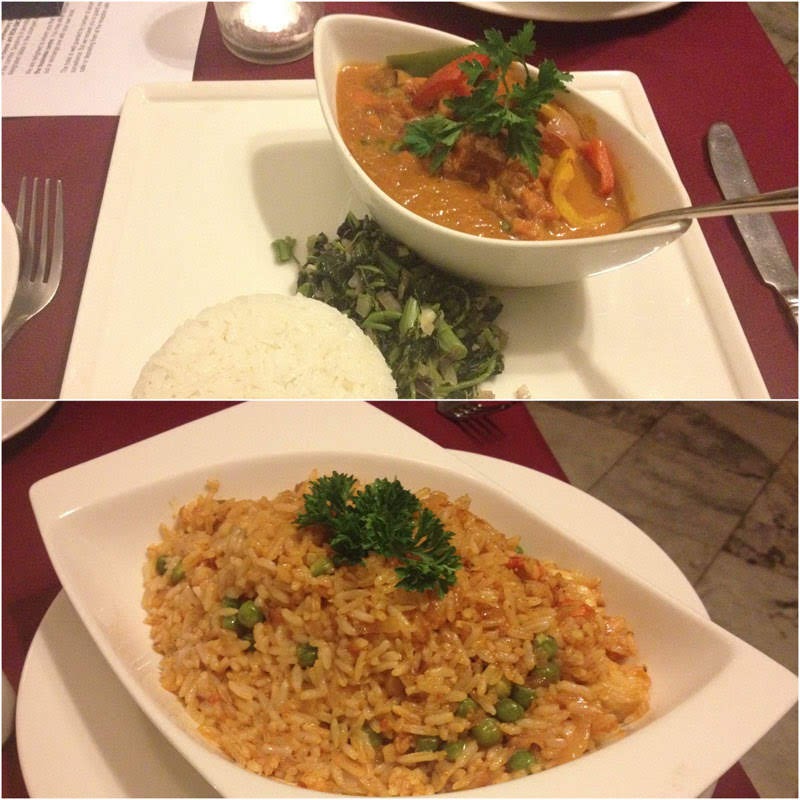 The restaurant had both indoor and outdoor seating areas with nice layout. We ordered paella and beef stew. Both tasted okay and cost $15.23 USD in total.

Heading to Antananarivo Airport We left from the Madagascar Underground hostel around 12pm, and the shuttle driver was ...
2016.12.31

Ferry to Zanzibar from Dar es Salaam We took a taxi from Protea Hotel to the ferry port and bought the same-day ticket ...
2017.01.12

Have you ever been surrounded by wild animals while you are driving a car? Most safari experiences could be passive as g...
2016.12.18
Home
All Trips
2016 Dec: RTW Trip